Skip to content
Home/The Whole Truth and Nothing But

The Whole Truth and Nothing But 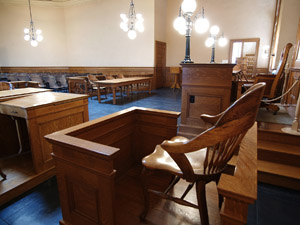 One day at about three in the afternoon he had a vision. He distinctly saw an angel of God, who came to him and said, “Cornelius!”

Remember TV court shows? The bailiff approached the witness on the stand and says, “Do you swear to tell the truth, the whole truth, and nothing but the truth, so help you God?

Cornelius also was seeking the whole truth. For years he traveled the world as part of an elite group of soldiers, until God brought him to the Israelites and revealed to Cornelius that the LORD was the whole truth.

Cornelius lived a life of devotion and financial giving to the poor. Yet, he knew there was something missing. God honored his life of piety and chose him to be the starting point of salvation for the Gentiles.

When we pray to God and ask Him to reveal more of Himself to us, we might be at the start of something incredible. Cornelius lived his life with this kind of attitude and God answered his prayer.

In our prayers, we too should ask to know God more. Ask God for understanding in His Word; for wisdom on how to serve him with knowledge and faith; and to be used as a catalyst for spreading His kingdom. God will honor that prayer and use you to change the world.