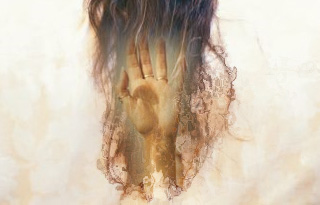 In my continuing journey through the Gospels, the book of Luke keeps stopping me to look and see something different than what I’ve seen before. As I have pointed out in the previous blog, reading the Gospels together exposes you to repetition. There are times when a story appears in each Gospel; another time when only one Gospel has the privilege of telling a story and some of the Gospels offer differing points of information.

When I read Luke 7 and came across the passage of the woman who poured oil on Jesus’ feet and wiped his feet with the mixture of oil, tears and hair, I immediately recalled the story. But as I read, there was something different this time, almost something different. Here, read:

36Now one of the Pharisees invited Jesus to have dinner with him, so he went to the Pharisee’s house and reclined at the table. 37When a woman who had lived a sinful life in that town learned that Jesus was eating at the Pharisee’s house, she brought an alabaster jar of perfume, 38and as she stood behind him at his feet weeping, she began to wet his feet with her tears. Then she wiped them with her hair, kissed them and poured perfume on them.

When I read the words, “she stood behind him at his feet weeping,” I had to stop. In my mind I envisioned the scene: Jesus sat at a low table, possibly on a pillow or on the hard floor, talking to the Pharisee and others about Kingdom principles. Then, from behind, this woman sneaks into the Pharisee’s house and falls to Jesus feet.

From behind? This changed some things in my mind and the question came up, why didn’t she face Jesus or call his attention to turn him around? My logistical mind went to work: what did the room looked like or where things were located in relation to her and Jesus and others or the different layout of homes back in the 1st Century. But then I just thought, she didn’t want to face him.

39When the Pharisee who had invited him saw this, he said to himself, “If this man were a prophet, he would know who is touching him and what kind of woman she is—that she is a sinner.”

40Jesus answered him, “Simon, I have something to tell you.”

41“Two men owed money to a certain moneylender. One owed him five hundred denarii,d and the other fifty. 42Neither of them had the money to pay him back, so he canceled the debts of both. Now which of them will love him more?”

43Simon replied, “I suppose the one who had the bigger debt canceled.”

“You have judged correctly,” Jesus said.

44Then he turned toward the woman and said to Simon, “Do you see this woman? I came into your house. You did not give me any water for my feet, but she wet my feet with her tears and wiped them with her hair. 45You did not give me a kiss, but this woman, from the time I entered, has not stopped kissing my feet. 46You did not put oil on my head, but she has poured perfume on my feet. 47Therefore, I tell you, her many sins have been forgiven—for she loved much. But he who has been forgiven little loves little.”

48Then Jesus said to her, “Your sins are forgiven.”

49The other guests began to say among themselves, “Who is this who even forgives sins?”

50Jesus said to the woman, “Your faith has saved you; go in peace.”

She didn’t face Jesus. Her overwhelming love for the presence of God drove her to express love, but not face to face. There was still some shame in her, though I am sure that she received forgiveness for her sins before she poured out and anointed his feet with oil.

It was that faith in her heart that she was forgiven that drove her to pour out love, wiping the part of the body that wasn’t exactly the best. The foot isn’t everybody’s favorite show-off feature. Sure people try to put a ring on a pinky toe, or a gold anklet. But the feet in those days were pretty dirty.

There were no Air Jordan’s or leather loafers. The feet was in direct contact with whatever you encountered along the road. Our modern age makes it difficult to realize how dirty the world is without concrete and asphalt ,yes I know our asphalt and concerted can get pretty dirty too, but nothing like dirt roads.

Jesus words in this passage use to bother me because I didn’t consider myself a sinner who had a lot of sins to be forgiven. Growing up I was a pretty reserved person, no drugs, no rebellion, no wildness. Just me, introverted into my own world. I was a sinner, but there was always this feeling like I didn’t love God enough because I didn’t have a pedigree of sin.

I listened to many testimonies and they all seem to have more interesting sins and even greater conversion stories. However over the years, God showed me different, I didn’t recognize how big a sinner I really was. Yet, in my spiritual walk I sometimes wondered how come I wasn’t experiencing the kind of worship that this woman who anointed Christ feet was experiencing.

Wow! Yet in her life I believe there was residual shame. Though she received and believed that she was forgiven, the memory of her sin lingered and she couldn’t even face her savior though she wept at his feet. Jesus spoke loving words to her, “your sins are forgiven you, your faith has saved you, go in peace”. The loving voice that she heard from a distance of thousands, now was telling her that she didn’t have to be ashamed.

The slate had been wiped clean. Just as she cleaned the feet of Jesus so had he wiped her clean of the sin and of the shame (go in peace).

Jesus’ sacrifice is able to cover every single one of your sins and in truthfulness, one sin is one sin too many.

I learned that the reason why I wasn’t experience the kind of worship that she experienced was because I had the attitude of the Pharisee. I didn’t recognize that I had a lot to be forgiven of, way more than I could remember or account for. My sins were many and Jesus was telling me that I had a lot of reasons to worship Him.

I didn’t have to measure my life any more by how much sin I had committed but instead I was free to worship knowing that I was forgiven of many sins. Some I committed before I knew him, others while I knew him and since my life has not ended yet I can bet there might be one or two sins left to do in life.

As a result of this knowledge I began to worship God more intimately, more personal. You too can receive God’s forgiveness. You too can eliminate the shame of a life lived recklessly and sinfully. If you have not received God’s forgiveness for your life you can do so from right where you are at.

Prayer is simple, just share your thoughts, only address them to Jesus.

There is much to know about a very infinite God, but thankfully He sent Jesus to tell us all about Him. Now that you have received God’s forgiveness for your life you have to begin a daily walk with Him. Spend a little time everyday getting to know the One who has forgiven you, you won’t be sorry you did.