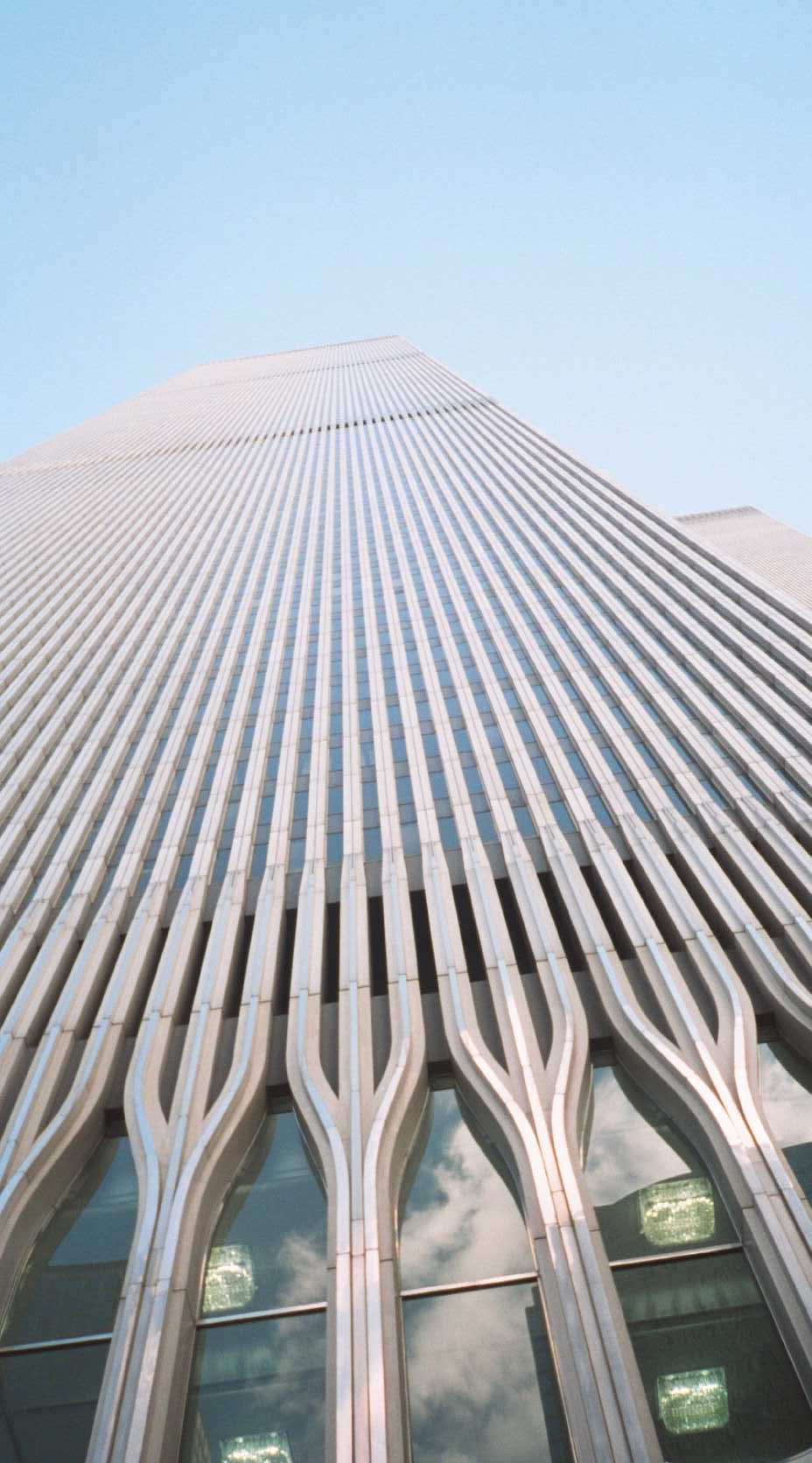 In October of 2000, I went to the top of the Twin Towers in New York City and it was an incredible experience. The buildings were massive. Looking up from the ground floor, the building seem to extend all the way into the heavens. It was only my second time going to the top and like most born and bred New Yorkers we didn’t take advantage of the places that tourists took vacations to see.

To remedy that mindset, me, my wife and a few others, decided to take a trip to the top of the South Tower. We had no idea that less than a year later we would never again have an opportunity to go up there again.

So that day, we took one of the many elevators to the observation deck. From the outside, the observation deck didn’t go to the edge of the building, but you could clearly see a 360 degree view of New York City’s 5 boroughs, New Jersey and parts of the Hudson River Valley. It was an amazing view!

From inside the building you could stand up to the edge of the window and look straight down to the street and even though I was safely inside the building I still felt my heart sink into my stomach. A dizziness came over my head and I had to remind myself that I was safe. Below, the people looked like ants and the cars like toy, MatchBox cars. See the slideshow at the end to see more pics.

Twenty six years before, on the morning of August 7th, 1974, a French high-wire artist named Philippe Petit walked between the Twin Towers of the World Trade Center on a metal wire.

The towers had captured his heart a few years earlier and he had this overwhelming desire to walk a wire between them.

The walk between the two towers was an incredible feat and Philippe Petit would be the first, only and last man to do it. 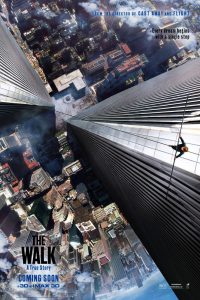 In the movie, “The Walk,” Joseph Gordon-Lovett plays Philippe Petit and the movie takes us a little into Philippe’s past, before he became world famous for wire walking between the towers.

You see, early on, Philippe hired a seasoned circus wire walker named Papa Rudy, who was played by Ben Kingsley. Papa Rudy trained Philippe in the art of wire walking and in one pivotal scene in the movie, Philippe is practicing his wire walking between two tent poles of a circus tent.

He’s well practiced and seems to walk with confidence across the wire. He’s walking thirty feet above the tents empty seats with no net or safety line to back him up. If he fell, he would surely die. Papa Rudy is watching from below as Philippe reaches the end of his walk on the wire.

Only three steps left and all of a sudden, Philippe begins to feel a slight shaking in his legs. The vibrations from his legs goes into the wire and then back up again. He’s frozen in place as the cycle of small vibrations grows and it becomes harder and harder to stay on the wire. Now, Philippe is swinging left and right, desperately trying to regain his balance, but with each small attempt to balance himself, the wave of motion grows larger and he is forced to bail out.

He throws the balance pole and falls, clinging to the metal wire to stop his descent. He holds tightly and carefully hangs, swinging himself hand over hand to the rope ladder waiting for him at the end of the wire.

He climbs to the bottom where Papa Rudy is waiting and Papa Rudy, with his usual grumpy face, says to Philippe:

“Most wire walkers, they die when they arrive. They think they have arrived… But they are still on the wire. If you have three steps to do, and if you take those steps arrogantly… if you think you are invincible… You are going to die!”

Watching this scene and hearing Papa Rudy’s words brought to my mind how arrogance can lead to a lack of carefulness. Papa Rudy was saying that you are not done until your feet are off the wire and you are resting safely on the platform. You’re not safely home until you take all the steps.

This is similar to what the Word of God says to us as believers. Throughout scripture God keeps saying to his people, be “Careful” how you live your life — you are not done until you are done.

Joshua 22 is one of those times where a warning is given to help protect God’s people from falling off the wire at the end.

Here is a little back story: God has used Moses to rescue the People of Israel from slavery and idolatry in Egypt and brought them near to the Promise Land. This is the first time that God had called out a people for Himself, they would be His People and He would be their God.

For the last 6 to 7 years, the army of the People of Israel, which consisted of men from every tribe, fought against the current tenants of the Promise Land and now through God’s mighty hand, the fighting was at an end. They had successfully occupied and taken over the land of Canaan.

At that time Joshua summoned the Reubenites and the Gadites and the half-tribe of Manasseh, and said to them, “You have kept all that Moses the servant the LORD commanded you and have obeyed my voice in all that I have commanded you.

Take a moment to imagine this scene, Joshua and the tribal leaders and these two and a half tribes are gathered together, tens of thousands of soldiers. This is no small event.

The Reubenites, Gadites and Mannasites were a band of brothers with the other 10 tribes. They were warriors who left behind their families to fight with their God and their brothers.

You have not forsaken your brothers these many days, down to this day, but have been careful to keep the charge of the LORD your God.

And now the LORD you God has given rest to your brothers, as he promised them. Therefore turn and go to your tents in the land where your possession lies, which Moses the servant of the LORD gave you on the other side of the Jordan.

Only be very careful to observe the commandment and the law that Moses the servant of the LORD commanded you, to love the Lord your God, and to walk in all his ways and to keep his commandments and to cling to him and to serve him with all your heart and with all your soul.

Joshua says to them, you’ve been careful in your walk while you were with us as soldiers, but listen, we are grateful for that, but I have to give you a warning: don’t quit following God, you’re not finished yet!

You haven’t gotten off the wire… only be very careful.

In our Christian walk, we can sometimes feel like we got it altogether. We can adopt a mindset that we are above making mistakes because we have been walking and living for Christ. That kind of thinking has the potential to cause pain in our life and the lives of those we love. Although, we are truly saved by grace, our daily living is still important enough to God that he wants us to be careful in how we live, every day!

Joshua’s divine words help us to combat arrogance in our walk with God and he gives us six things, that if we follow them, we will protect ourselves from the kind of arrogance that would destroy our walk on the narrow wire that leads to eternal life. 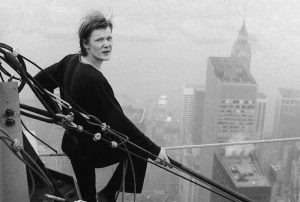 He’s sitting at the edge of the south tower high above New York City.

He has his road laid out before him, it’s a steel wire and it is the only thing that would be beneath his feet. Sky above and earth below were separated by this path that he felt driven to walk.

A path through the sky between two of the worlds tallest buildings. As he walked across and neared the end of his walk, the police appeared and with confidence, he turned around and walked back to the tower he had just left. I must admit that my heart fell into my stomach, even though it was only a movie, because I remembered that feeling looking down at the street from way up there.

Then, as he returned to the south tower, more police were waiting for him there. Looking at them with pride and confidence, he turned around and did it again. In total he spent 45 minutes making eight passes along the wire. He walked, danced, laid down on the wire and knelt to salute onlookers.

Incredible! When he was finished, he neared the north tower and in the movie, we see his legs begin to shake. It was the same shaking that we saw earlier in the film, where his legs wobbled and he fell. It was a tense few moments wondering if he would fall or not, the police were scrambling wondering what they could do to help him or catch him but they were powerless to help.

But then, Philippe steadies the wire and looks at us and smiles.

He remembered what his mentor and teacher said, “Most wire walkers, they die when they arrive.” He remembered that pride would cause him to be careless and it could cost him his life. His smile let us know that he kept his pride in check and was careful not to fall… in order to arrive alive.

I know that God has that same desire for us, that those of us who call him Lord, Savior, and King, will arrive into His Kingdom, with confidence, that we have been careful to walk His path with endurance.

And to do that, we must fix our eyes on Jesus, the author and perfecter of our faith. Our careful focus must be on Jesus and His Word.

Over the next few blog posts we will explore each of the six things that Joshua gave us to help live a life that is pleasing to God and a life that makes it to the end.

Obey God, Love God, Walk in All his Ways, Keep his Commands, Cling to Him, and Serve Him with Everything.

Here are some more pictures from my trip to the World Trade Center’s Twin Towers in October 2000. 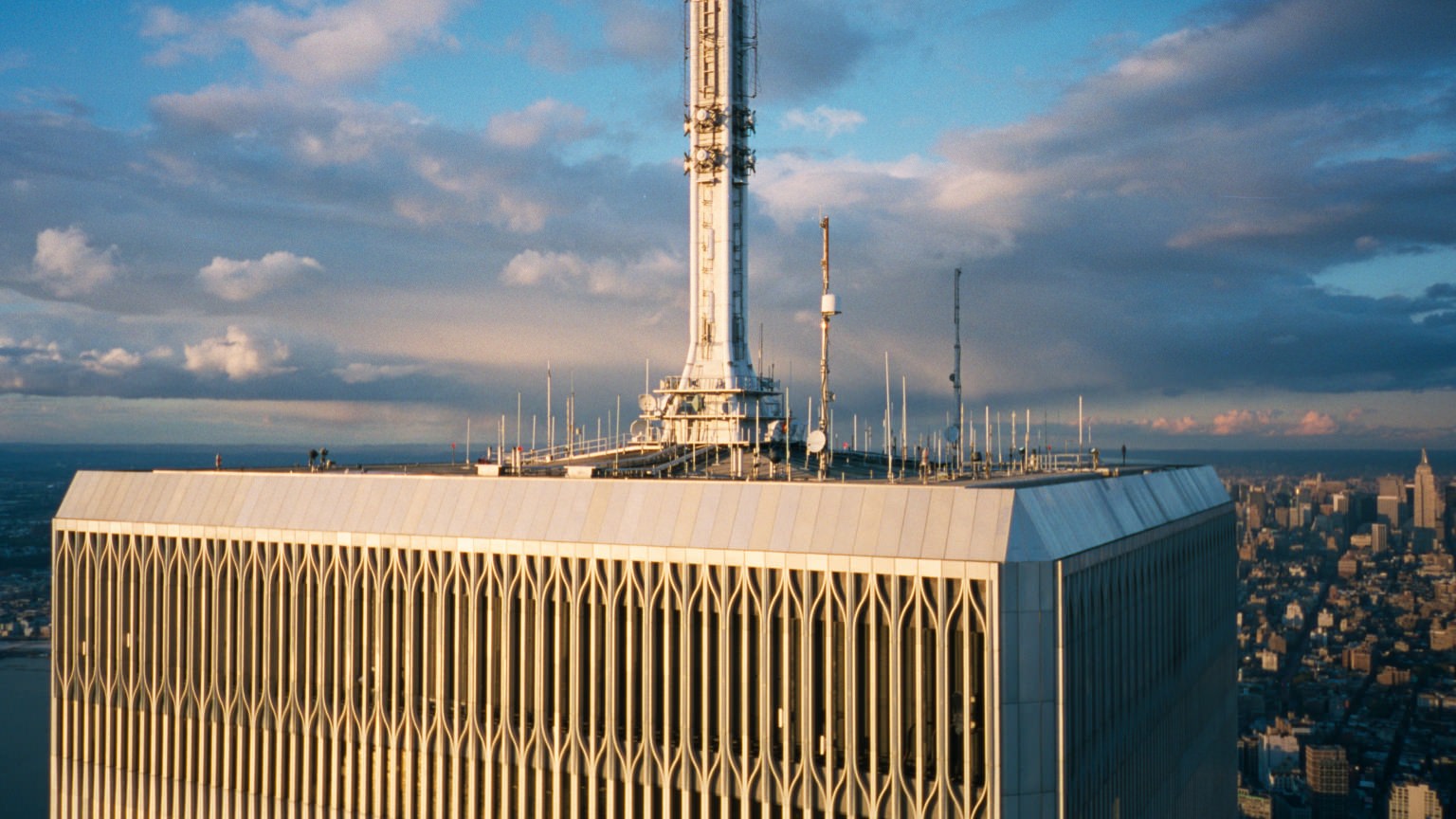 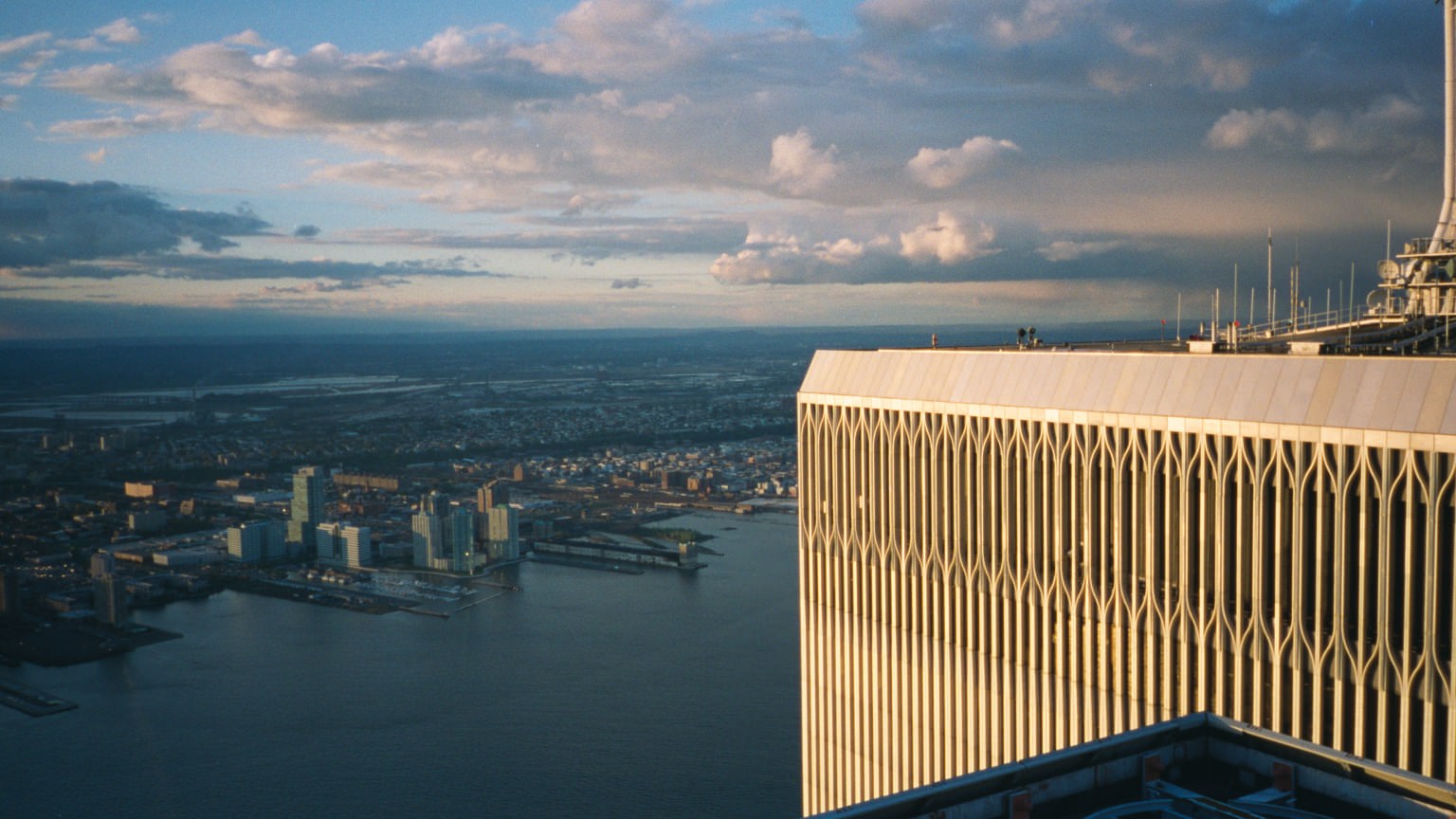 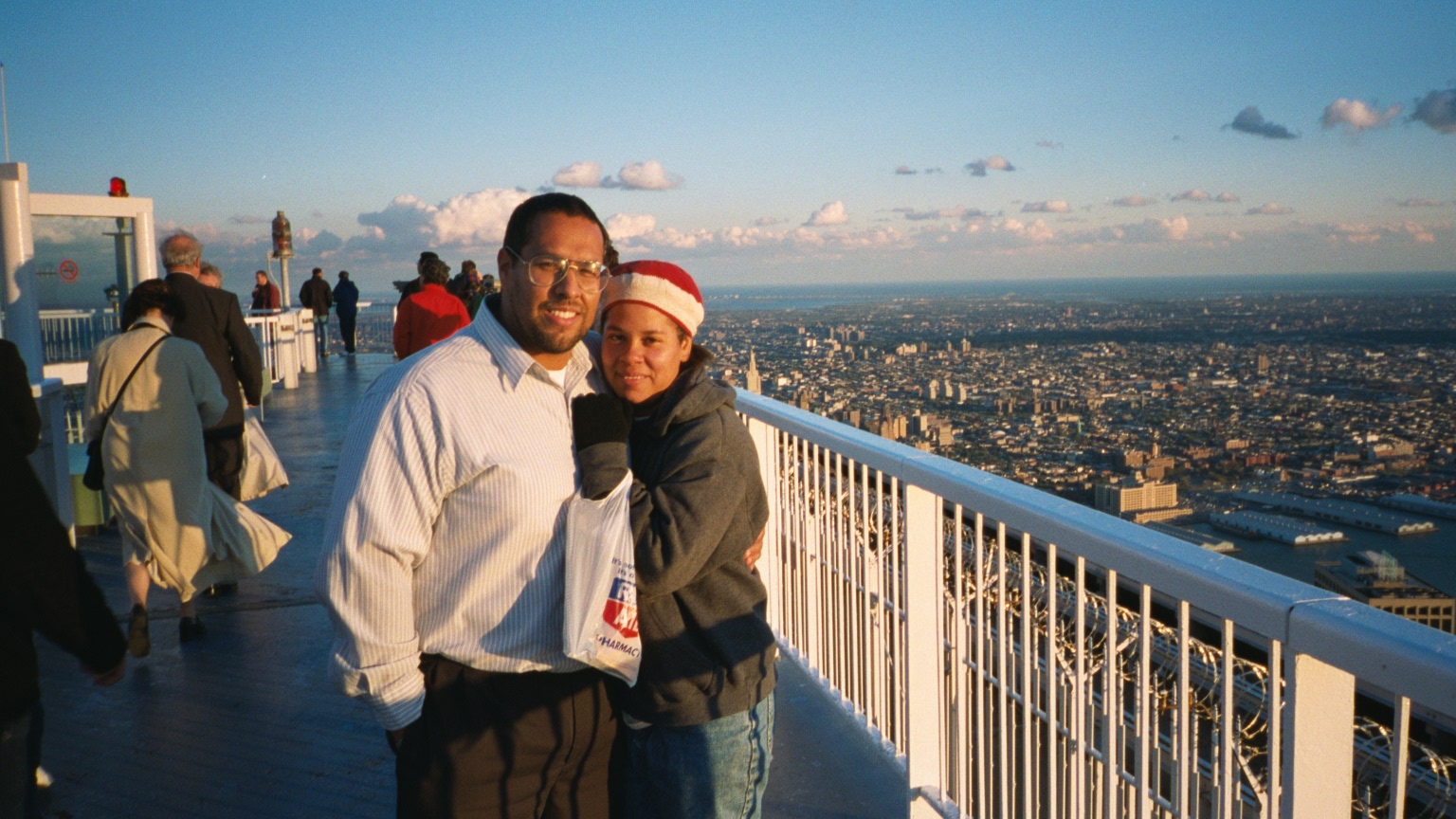 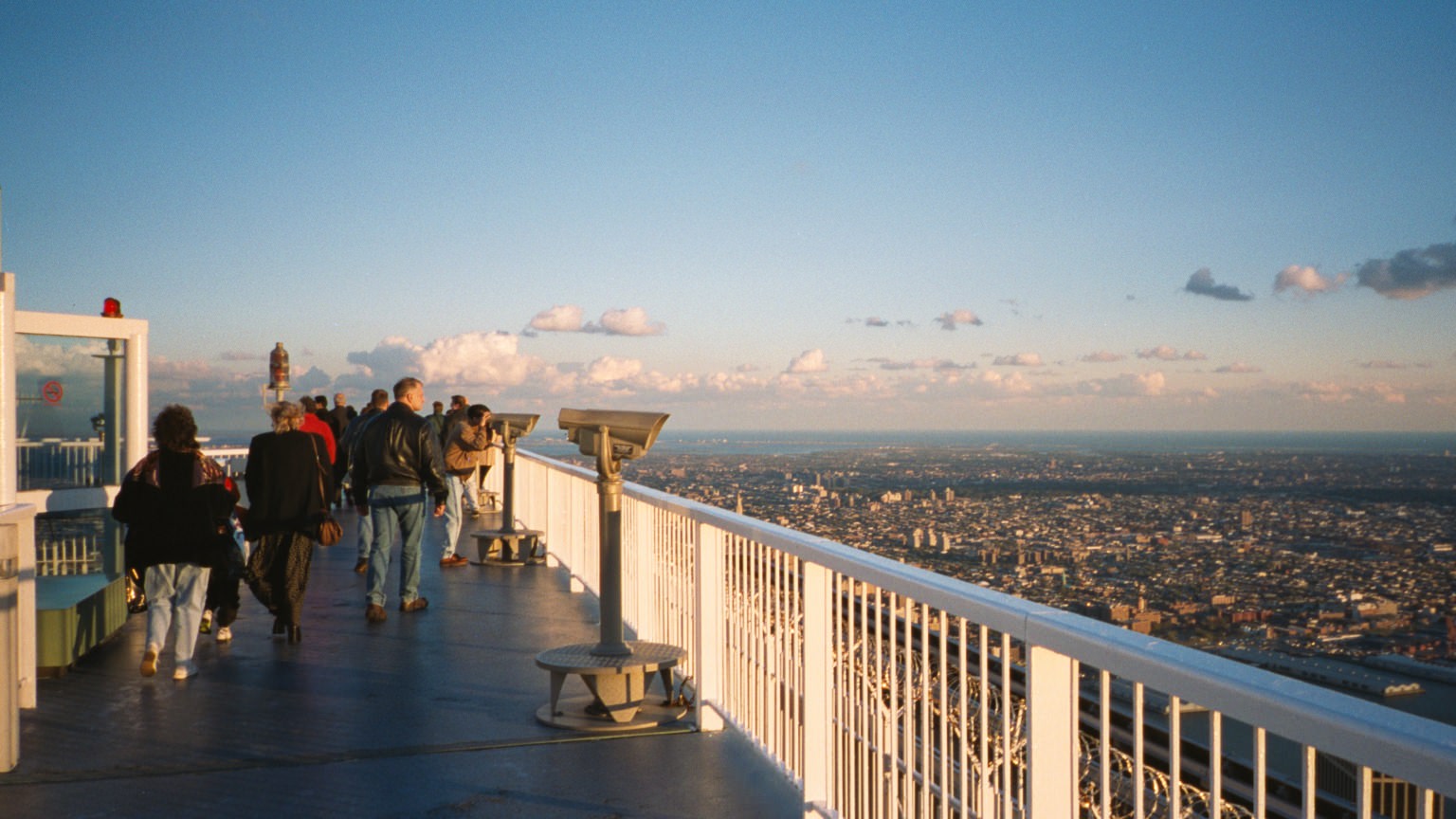 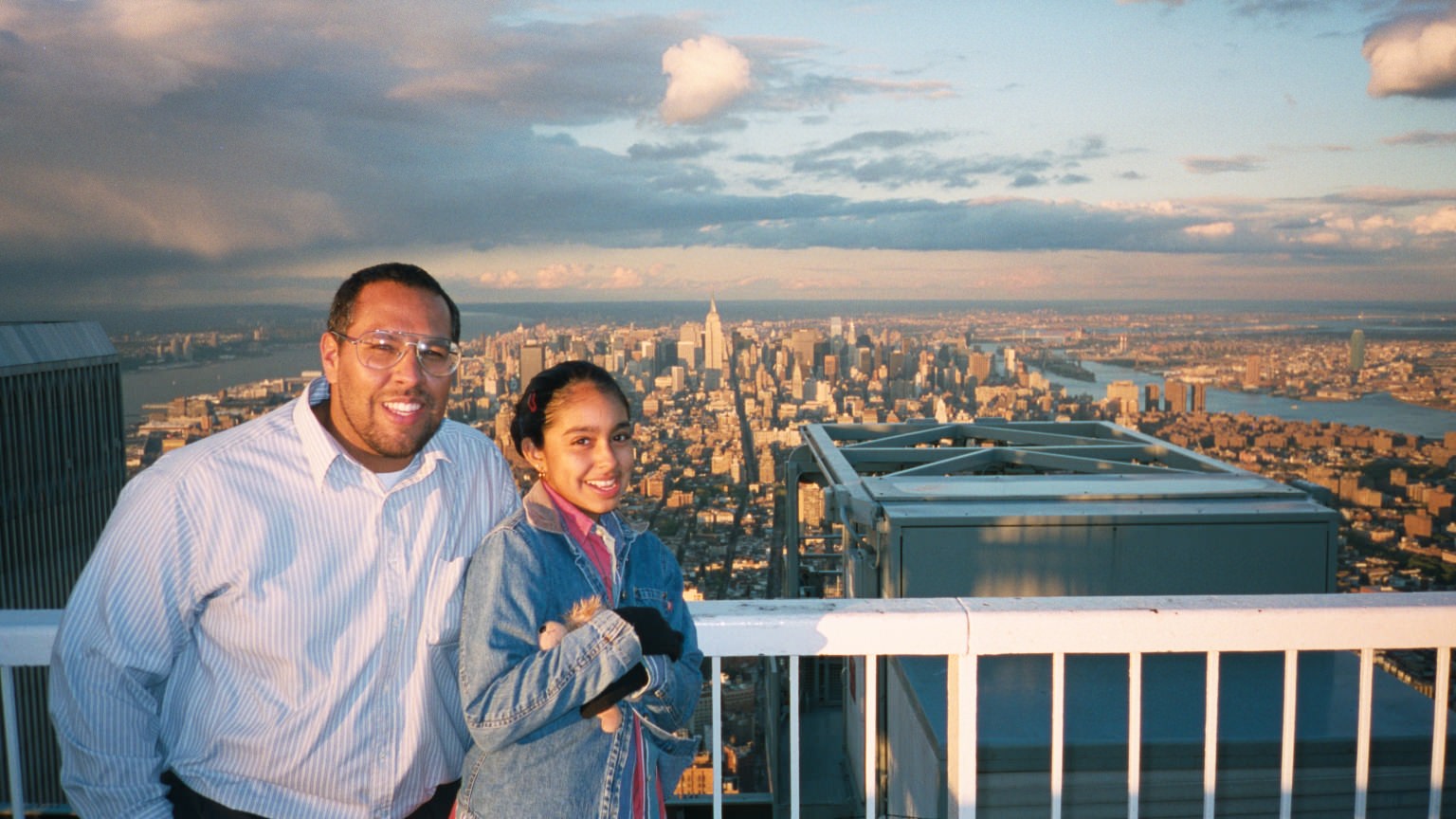 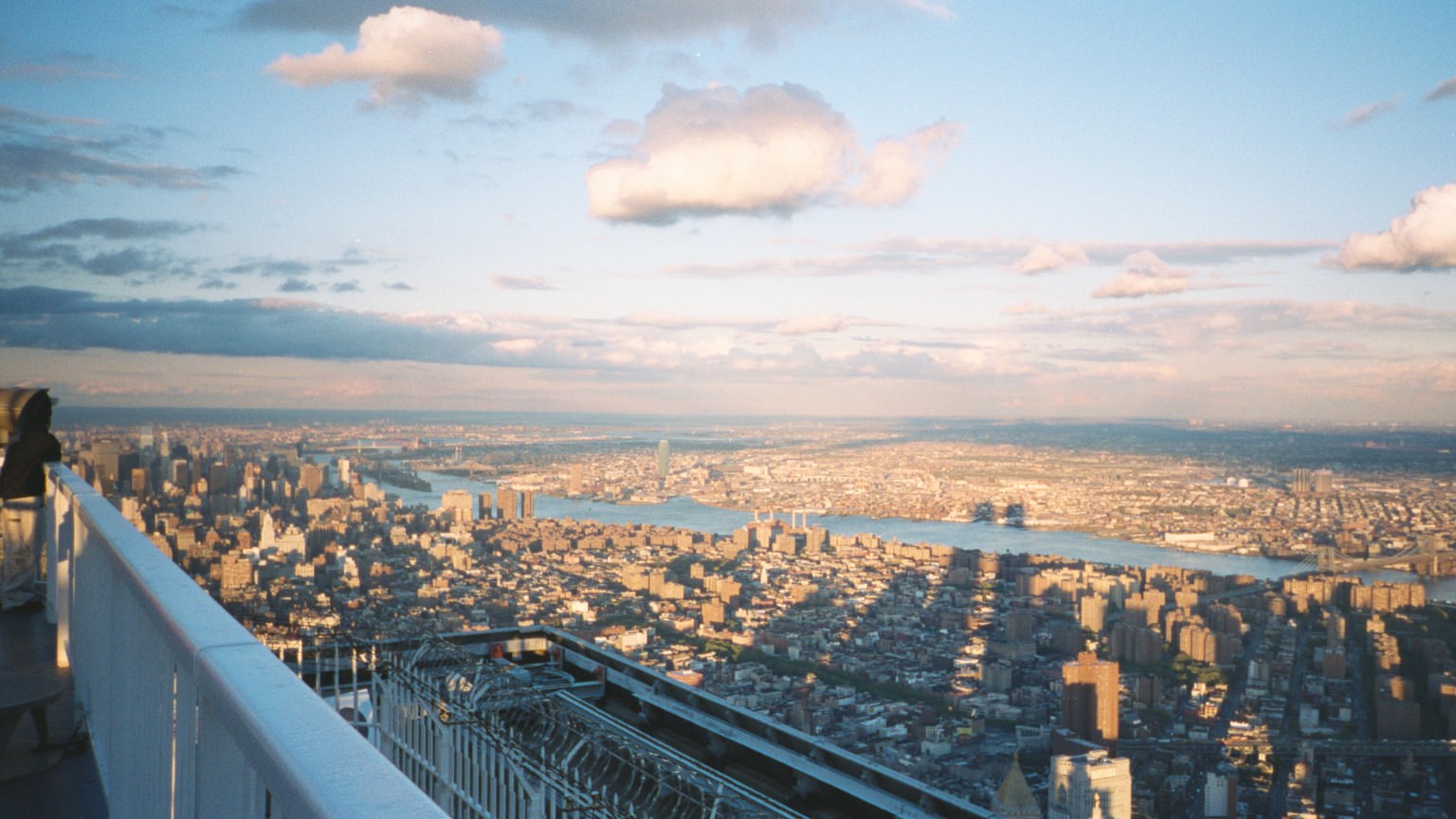 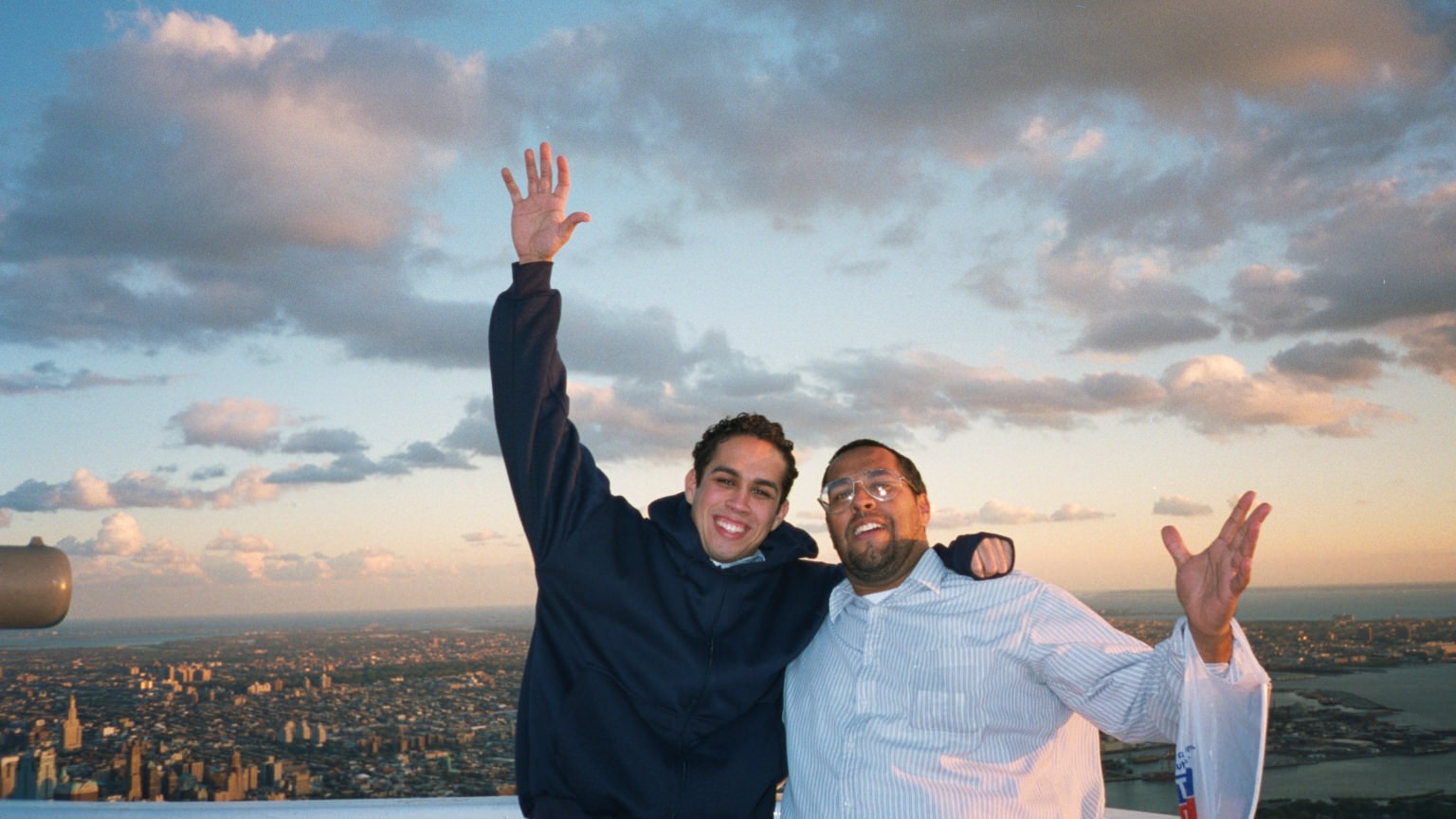 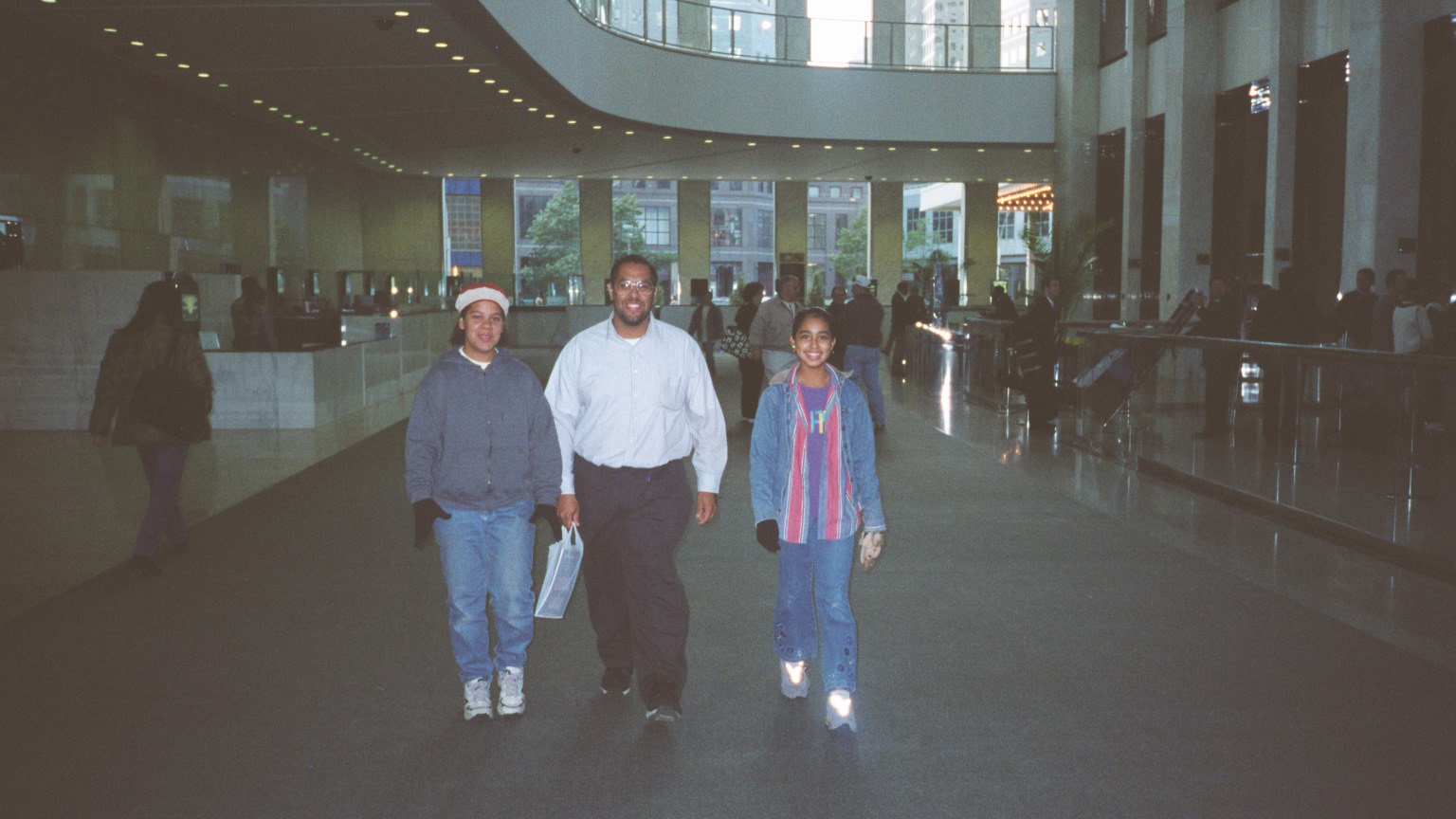 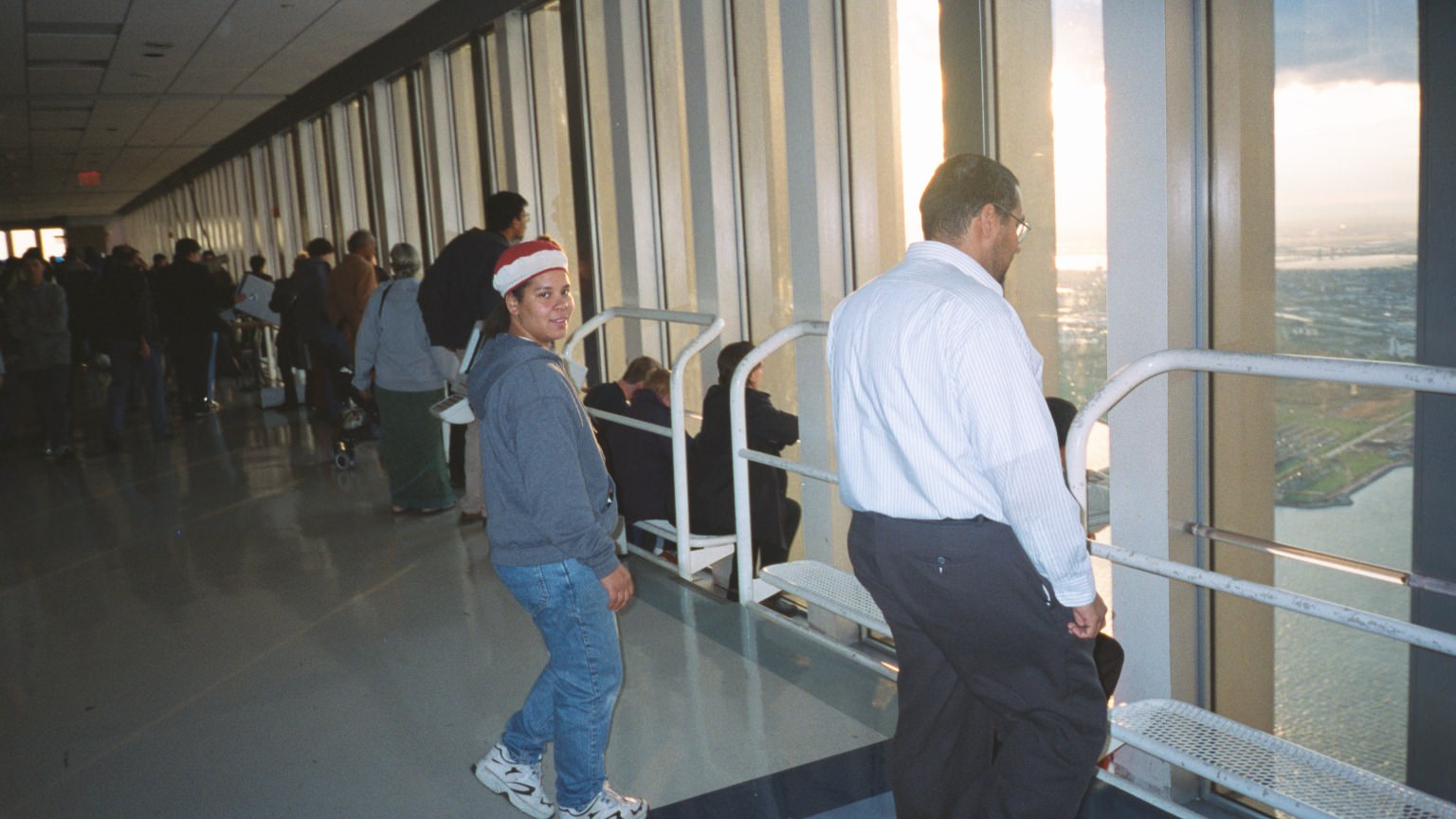 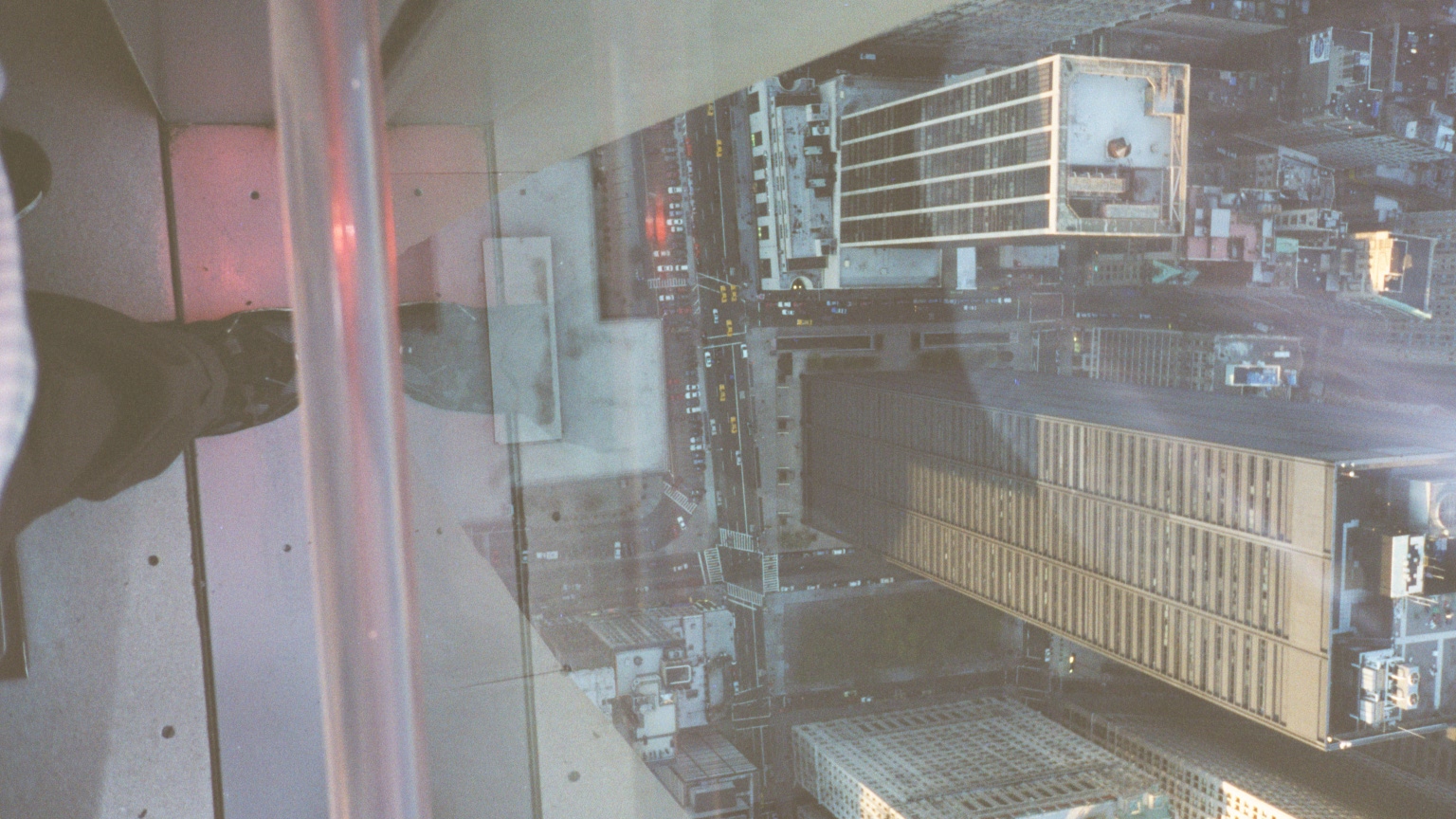 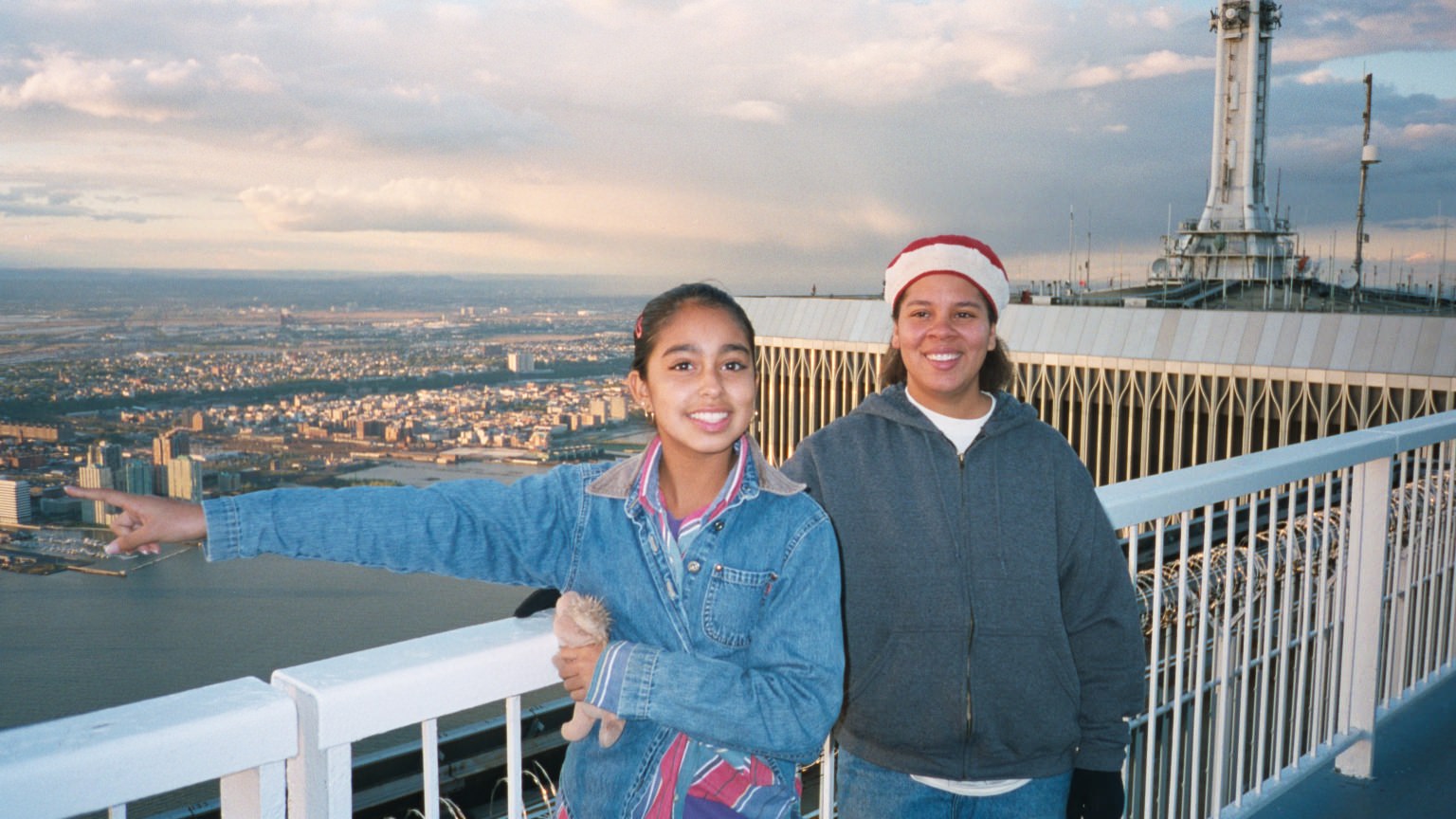 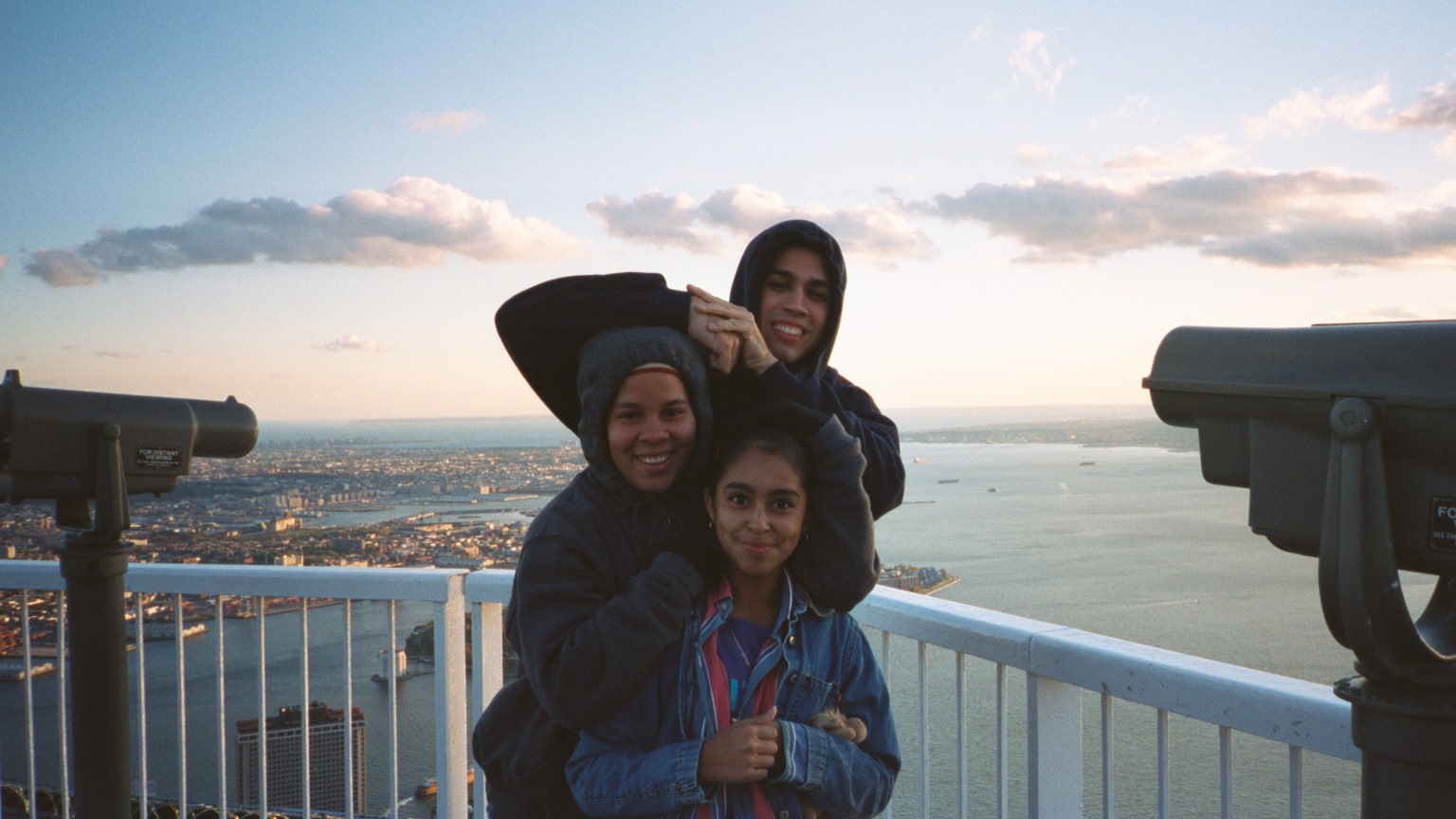 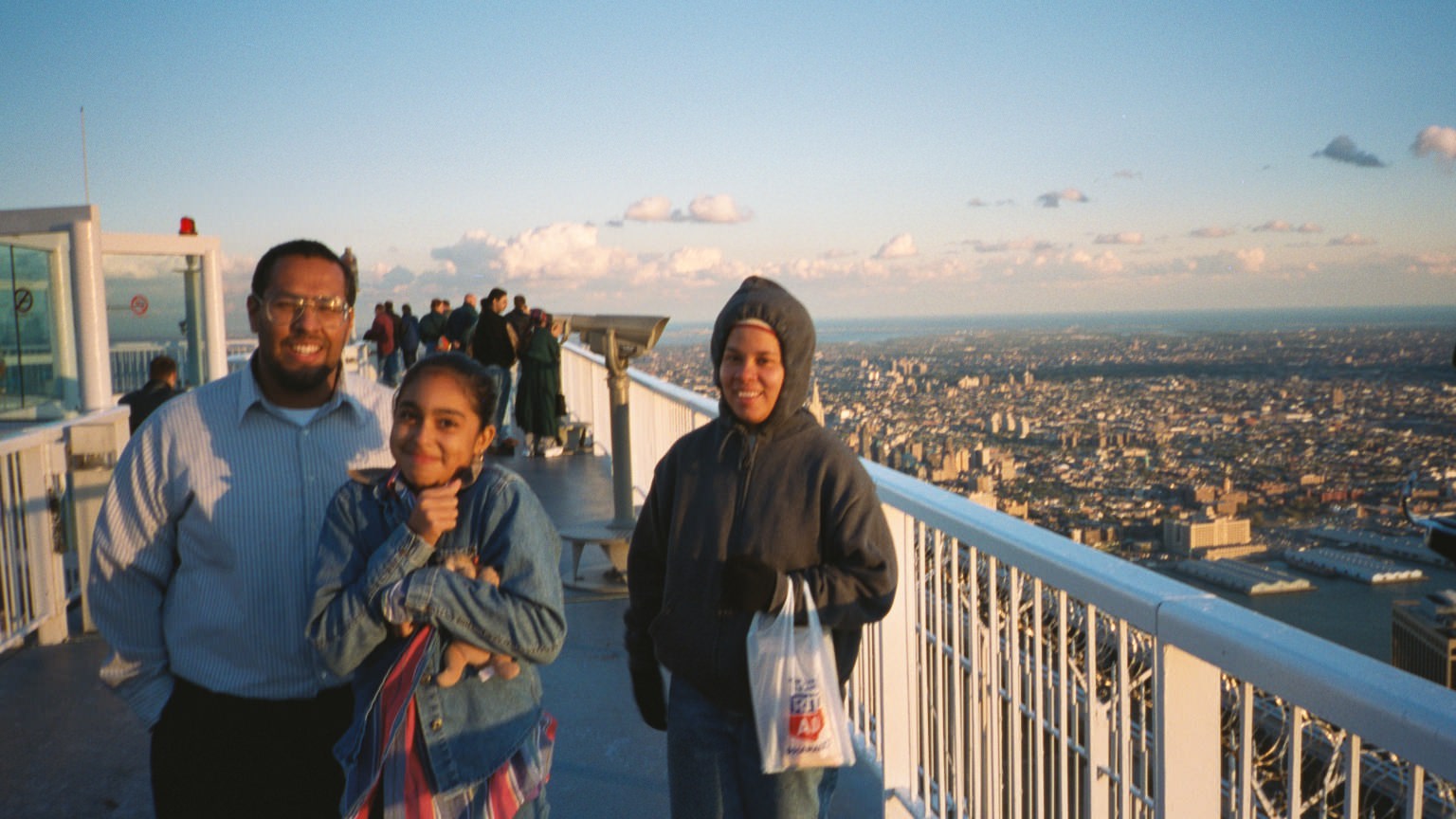